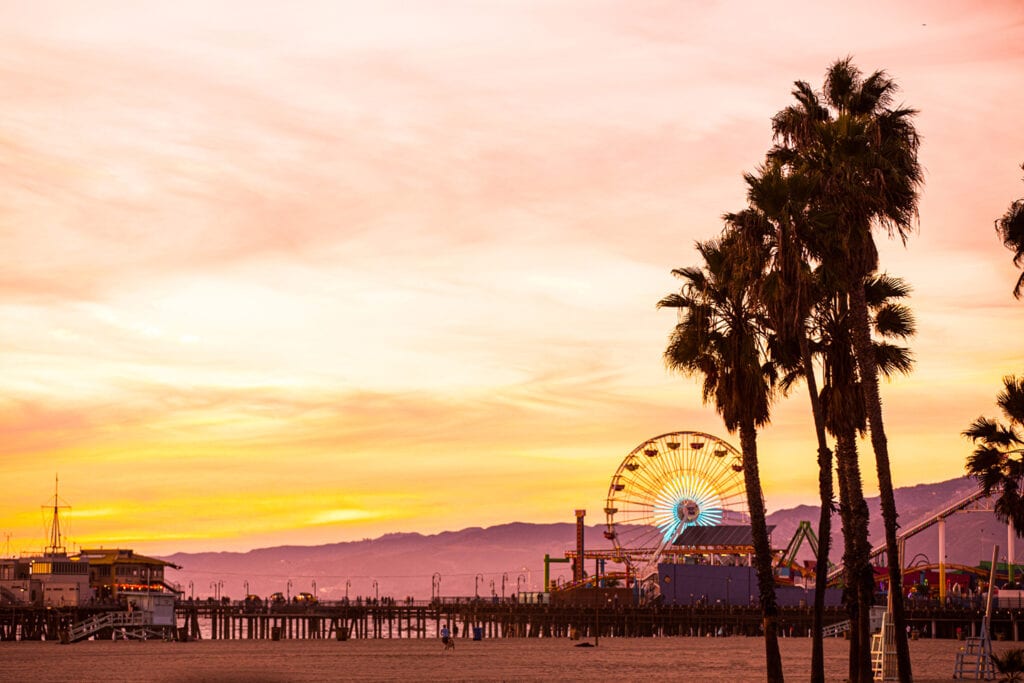 Intimate B&Bs Near the Beach in Los Angeles

Just a few blocks from the beach in Los Angeles, but a world away from the city, two bed and breakfast inns provide welcoming hideaways for travelers seeking a quiet, off-the-beaten-path experience in the city of Angels. The Inn at Playa del Rey and Channel Road Inn are both an easy drive from L.A. attractions like the Getty Center and the Los Angeles Contemporary Museum of Art, but both are tucked away in coastal enclaves with unique draws of their own.

Unlike the big city hotels, guests of both B&Bs are treated to warm, attentive hospitality and a wide array of complimentary amenities. Free on-site parking, WiFi, loaner bicycles, freshly baked cookies, wine and cheese, a full breakfast for two, and more are included with every stay. The B&Bs’ home-away-from-home touches also add to the appeal.

Looking across the 600-acre Ballona Wetlands Ecological Reserve, you can see the Hollywood sign in the distance, but it might be the only visible clue for the Inn at Playa del Rey’s L.A. address. Banks of French doors and decks of the inn open to tranquil vistas of native coastal flora and fauna. While eating breakfast or lounging on your own private balcony, you’ll catch sight of snowy egrets, blue herons, ducks, and other wildlife skimming the placid waters. Just beyond the preserve, you can watch sailboats drift out to sea from the harbor in Marina del Rey.

The 22-room inn is decorated in a breezy, coastal cottage style with playful touches. Many of the rooms feature jetted spa tubs, fireplaces, and private decks with views of the preserve and the harbor. Grand View Suite is particularly romantic with its oversized Jacuzzi tub for two and double-sided gas fireplace.

The inn is just three blocks from the beach at Playa del Rey and four miles from Los Angeles International Airport. You can take the inn’s complimentary cruiser bikes for a spin along the Marvin Braude Bike Trail (locally known as “The Strand”). The 22-mile path stretches from Torrance to Will Rogers State Beach in Pacific Palisades. Heading south along the bike path, you’ll pass under the planes taking off from LAX before entering Manhattan Beach which is known for its surf, sand, and upscale boutiques. Heading north from the inn, you can visit the trendy waterside shops in Marina del Rey, stand-up paddleboard the calm harbor waters, or continue further north to the colorful beaches of Venice and Santa Monica.

Nestled in the Santa Monica Canyon just two blocks from the beach, Channel Road Inn is a little-known treasure. Built in 1910, the inn is a rare West Coast example of a shingle-clad Colonial Revival home. Lovingly restored, the historic inn features a fireplace in the great room with original, locally made Batchelder tiles. The tiles were handmade by Ernest Batchelder in his Los Angeles workshop in 1910. The fireplace, along with the great room’s beautiful woodwork and cozy seating, creates a welcoming space to gather. The inn also features an inviting front porch, backyard garden seating, and other charming nooks and crannies for relaxing with a book and a glass of wine.

The inn’s 15 guestrooms are all individually decorated with a warm, casual ambiance. Some of the rooms offer fireplaces, soaking tubs, or private balconies with a peek of the ocean. A Petite Suite accommodates families with up to four guests. Keep the windows open at night, and you’ll be lulled to sleep by the gentle sound of the ocean waves traveling up the canyon.

The inn’s location provides safe and easy access to the 22-mile Marvin Braude Bike Trail with a pedestrian and bike tunnel that crosses under Highway 1. From the path, you can walk or bike north to Will Rogers State Beach or head south to the Santa Monica Pier. The famous overwater amusement park at the pier features a solar-powered Ferris wheel and a historic carousel. The Santa Monica Farmers Market and the pedestrian-friendly Third Street Promenade are just a few blocks from the beach. Also close to the inn, Montana Avenue is lined with upscale boutiques and fabulous restaurants, and the landmark Eames House offers tours of its midcentury design.