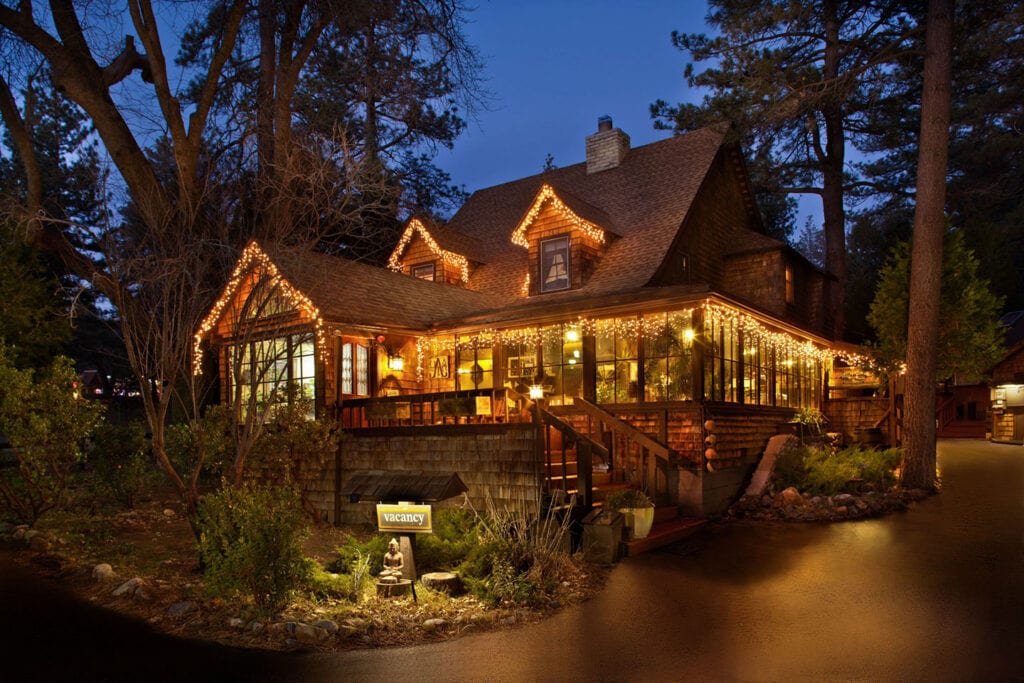 Book a Spooky Stay at One of California’s Historic, Haunted Hotels

For a hair-raising experience this Halloween, travelers can check into one of California’s historic, haunted hotels.  A handful of historic B&Bs and boutique hotels in the state have spine-chilling ghost stories to tell, luring brave travelers with the chance to encounter spirits who have lingered long past their check-out times.

After staying in the 1859 Historic National Hotel in Jamestown, even non-believers have been known to change their convictions about the supernatural. Many guests have shared accounts of doors slamming, lights going on and off, clothing being dumped from suitcases onto the floor, and a woman’s sobbing coming from the hallway in the middle of the night. A ghost named Flo is to blame. It’s believed that her fiancé was shot dead by a drunk man who had stumbled through the front door of the hotel. Flo found her fiancé lying at the bottom of the stairs near the door in a pool of blood. For days she sobbed uncontrollably in her room, and then there was silence. The hotel staff found her dead in her room, wearing her wedding gown, presumably having died of a broken heart. Flo’s ghost generally stays upstairs in the hotel, favoring the rooms in the front of the building. Although on occasion, early in the morning, she has been seen downstairs, floating through the dining room and right through the walls.

With a history spanning over 150 years, the Noyo Harbor Inn has its share of stories related to past inhabitants and guests who’ve lingered in the afterlife. Three spirits in particular have made their presence known to guests who’ve stayed at the inn. The “Lady in White” has been seen only a handful of times, but when she appears, she’s watching the sea and waiting for her fisherman lover to return. The “Lady in Red” was a guest in the 1940s (Belinda) who was honeymooning with her husband Tom. Returning to their room one evening and captivated by the ocean views, they took a turn too fast and fell to their death. Belinda in her beautiful red dress and Tom in his dapper khaki pants and shirt returned after their deaths and have continued their honeymoon for the past 80 years. The daughter of one of the past owners, the “Little Girl” is the oldest otherworldly inhabitant of the inn. Late one night, she was walking down the stairs and tumbled to her death. She’s spent her afterlife continuing to walk up and down the stairs.

Check into room four at the MacCallum House Inn and you may have unexpected company.  According to Mendocino town lore, Donald MacCallum (born in 1880 as the only son of Daisy and Alexander MacCallum) has never truly left. Many guests over the years have testified to strange and unexplained happenings in room four, where Donald slept from the time he was an infant. There have been reports of dresser drawer handles flipping up and down of their own volition and of ghostly figures passing through the room (and other rooms in the main house). Once, a framed picture of Donald’s sister, which had hung for years, fell to the ground and shattered as the general manager was getting supplies out of a storage closet.  No one else was on that floor at that time.  He went downstairs to get a broom to clean up the broken glass, but when he returned a minute later, a picture of a rooster from a guest room had been hung in the place of the girl’s photo.

According to the California Paranormal Investigators group, the main house of the Strawberry Creek Inn in Idyllwild is said to be inhabited by a shy, yet protective female figure named Jane or Janet. While she’s been somewhat vague about her name, this ghostly matron appears to have been connected to the land before the cedar-shingled main house was built in the 1940s. She may have been part of the Cahuilla tribe or early settlers to the region who climbed the San Jacinto Mountains above Palm Springs and the Coachella Valley to escape heat of the desert below. Jane (or Janet) occasionally plays mild pranks on guests (cold spots, moved items, and pictures flying off the wall), but she tends to make herself known through a quiet presence felt by guests who have arrived already believing in her existence. Guests have also had similar experiences at the 1920’s mountain cabin next door.

Rumors of the Goodman House being haunted began after the stately 1906 colonial revival foursquare was converted to law offices in 1974. Previously, the Vogelsang family had owned the home for 57 years and during this time, the 90-year-old patriarch of the family had fallen to his death on the staircase. Soon after the lawyers occupied the building, mysterious incidents began to happen, including one attorney whose desk nameplate was repeatedly thrown on the floor. Others who worked in the building reported hearing footsteps upstairs when no one was there, doors flying open and shut, and water running full blast when no one had turned it on. When Tom and Margo Graham purchased the building in 2002 and began converting it to a B&B, they were skeptical of the stories. They invited San Francisco Bay area medium and psychic Marge Cuddeback for a visit. She confirmed the presence of a strong spirit but said the spirit was gentle and that they had nothing to fear.

Decades ago, The Gables Wine Country Inn was a popular spot for séances. Through the 1960s, the gothic Victorian farmhouse was the site of a series of séances held each Halloween to try to reach the late famed magician, Harry Houdini. In the 1980s, the former owners of the farmhouse painted the dining room black, installed black carpets and draperies, and reconvened with hosting séances. The inn has long since been restored to its original Victorian splendor, but that hasn’t stopped some inexplicable events with the supernatural. In 2014, a photo taken of a bride and her friend caught an eerie, glowing, black-and-white apparition of an older man reflected in the mirror behind them. No one else had been in the room at the time the photo was taken. Another amusing note is that the portrait hanging over the fireplace of the Parlor Room is said to have been painted by Marc Davis, the same artist who created the stretching portraits for Disney’s Haunted Mansion.

Deemed one of America’s most haunted hotels, the historic Queen Anne Hotel in San Francisco was originally built in 1890 for Miss Mary Lake as a finishing school for girls. The building was sold to another buyer nine years later, and legend has it that Miss Mary Lake was not happy about the sale. She’s spent her afterlife wandering the halls and stairwells of the hotel, primping in the mirror on the second floor, and haunting her former room: the Mary Lake Suite, room 410.  She makes tapping noises, periodically plays the piano, and likes to create mischief for the hotel staff.  Miss Mary’s apparition has been seen so frequently that a popular walking tour, San Francisco Ghost Hunt, used to begin at the hotel.  In-person haunted walking tours are unavailable this season, but virtual tours are being offered instead.